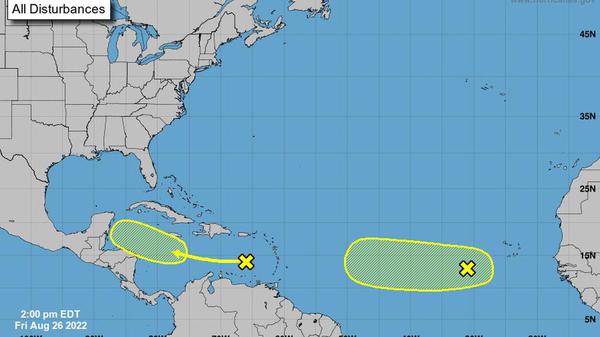 Hurricane Forecasters keeping an eye on 2 tropical disturbances over weekend

Hurricane forecasters are watching disturbances in the Atlantic Ocean and the Caribbean Sea this weekend, although neither system posed much of a threat to strengthen. In the eastern Atlantic, a broad area of low pressure was producing disorganized showers and thunderstorms, according to the National Hurricane Center in its advisory issued at 2 p.m. Friday. Meteorologists said there was just a 10% chance the disturbance grows into a stronger system over the weekend, and a 30% chance there is f 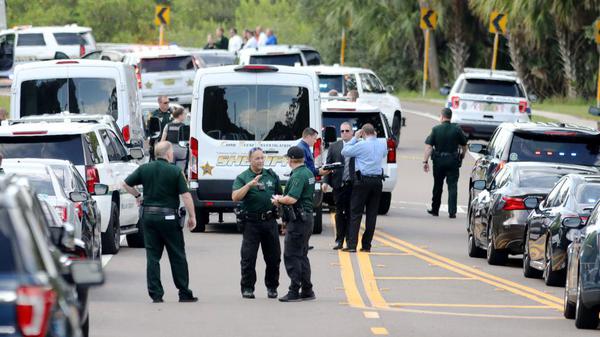 The Pinellas-Pasco State Attorney’s Office ruled Thursday that four Pinellas County sheriff’s deputies were justified in their use of deadly force in the killing of a carjacking suspect in Safety Harbor in June. An investigation into the incident concluded the four deputies “were in the lawful performance of their legal duties and acting in the public interest to prevent future violent crimes” when they shot and killed the suspect, 43-year-old Robert Hubbard of Tampa. Hubbard was suspected of 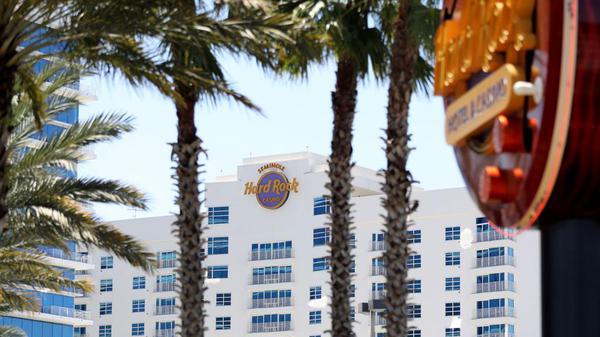 A gambler who won $53,000 at the Seminole Hard Rock Hotel & Casino earlier this summer was followed back to his hotel and robbed after he publicly flaunted his cash prize, according to court records. The suspects got away with at least $10,000. Before the robbery, the man “was taking pictures with his recently won cash,” according to a search warrant for one of the suspect’s cellular phone data filed by Tampa police. Surveillance footage from June 14, the night of the incident, shows three susp 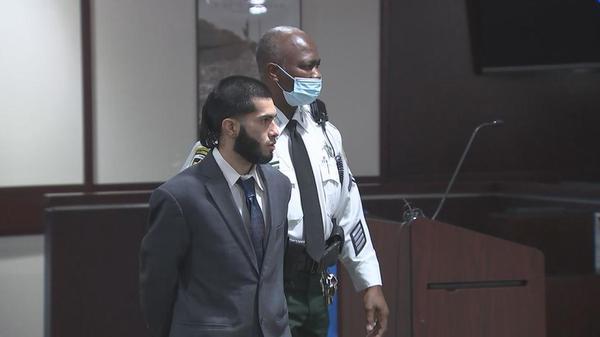 After a four-day trial and a guilty verdict, a Hillsborough man was sentenced to life in prison Thursday for the murder of a 2-year-old boy. Kaydan Guerrero died under David Vasquez Malave’s care in July 2020 after the boy suffered a brain hemorrhage and other injuries. Vasquez Malave initially told police that the child had fallen out of the back seat of a car during a diaper change and hit his head. Prosecutors argued that the boy’s injuries were not accidental. Medical experts said the inju 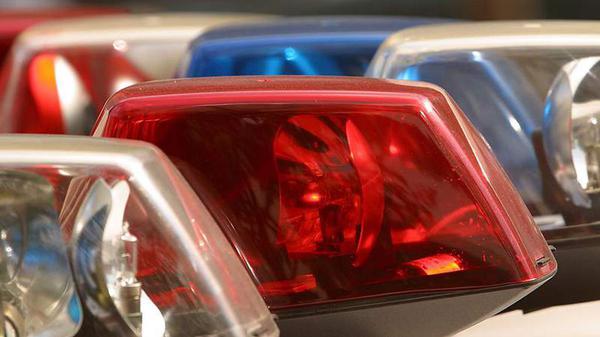 TAMPA — For three consecutive weekends, Tampa Bay area residents discovered antisemitic flyers left outside their homes. The flyers were found in bags of rice near porches and driveways this last weekend, the previous weekend and on Saturday, June 4, the Tampa Police Department confirmed in an email to the Tampa Bay Times. The flyers found June 4 were in Hyde Park, police say, then the following weekend in Beach Park. The most recent batch was left at homes on Davis Islands. The person or grou 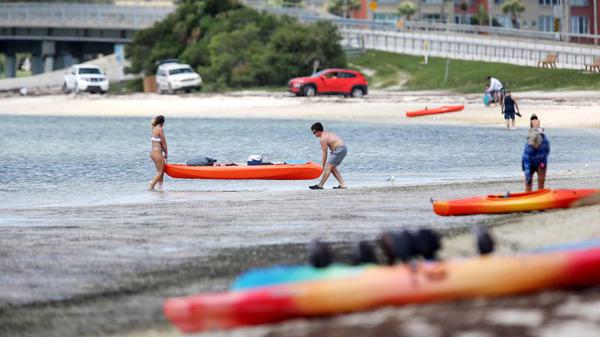 The heat index in Tampa Bay is dangerously high

The Tampa Bay area will experience extreme heat for the rest of the week and into the weekend, with daily temperatures expected to be in the mid-90s through Monday. The heat index — the “feels like” temperature calculated from a combination of relative humidity and air temperature — is also expected to reach dangerous levels. The National Weather Service issued a heat advisory Thursday for the Tampa Bay area from noon until 6 p.m., warning of the risks of heat exhaustion and even heat stroke. T 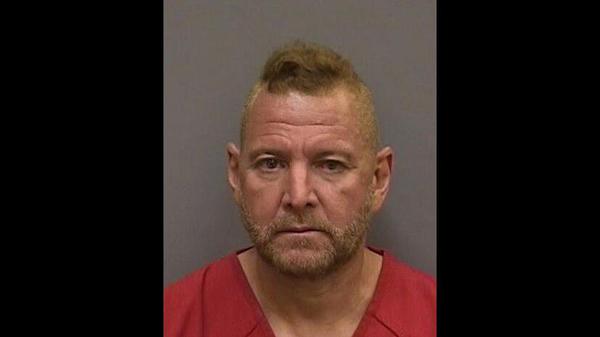 Hillsborough mother of 3 shot in her home, deputies say

A Hillsborough man who deputies say called 911 last week and reported that he had killed someone had fatally shot his wife in their home — and the couple’s three children were present at the time of the shooting, according to a criminal report affidavit. The Hillsborough County Sheriff’s Office responded to a 911 call from a residence in the 2600 block of Freeland Drive in Valrico around 9:30 p.m. July 3. The caller told authorities that “he ‘killed’ his wife and to ‘send someone,’” the affidav 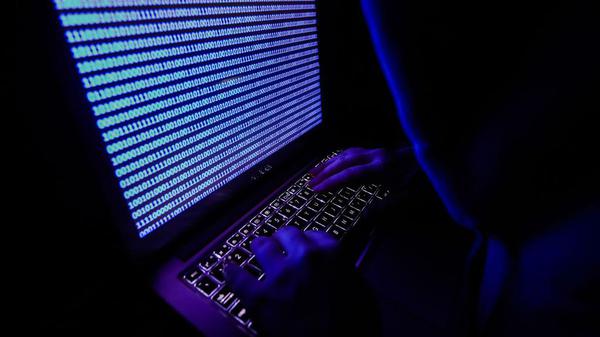 TAMPA — A California man was sentenced to nine years in prison Wednesday after he hacked into thousands of private iCloud accounts, stole people’s nude images and videos and shared them with other people. Hao Kuo Chi, 41, received his sentence Wednesday morning in federal court in downtown Tampa. Chi pleaded guilty last year to four felonies, including one count of conspiracy and three counts of computer fraud. He faced a maximum of 20 years in federal prison. Before he was caught, Chi illega 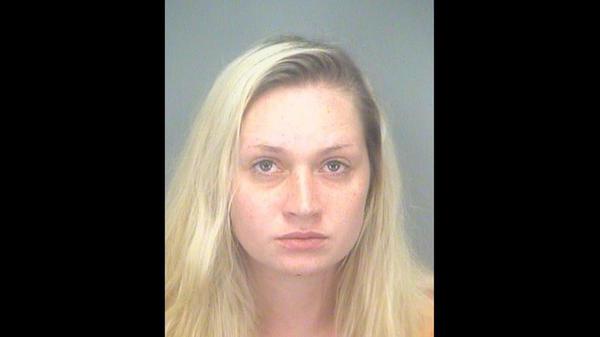 The cellphone belonging to a man who police say was stabbed to death was used to search self-defense laws on Google, including the phrase “Do you spend life in prison if you killed someone in self defense,” an arrest affidavit states. The cellphone belonged to Larry Jarrell, 29, who was found dead in a unit at Casa Grande Apartments, 4725 39th Ave. N, on Friday. Jarrell had been stabbed with a knife in the inner thigh, which medical examiners determined to be the cause of death, records show.
Florida's favorite paper, Tampa Bay's favorite local news site • 28th June 2022

TAMPA — Crews battled a two-alarm fire at an apartment complex in Tampa’s Bayshore district Tuesday afternoon, according to Tampa Fire Rescue. Firefighters were called to the Kansas Avenue Apartments on West Kansas Avenue around 2:30 p.m., according to Fire Rescue spokesperson Vivian McIlrath. Smoke was coming from the roof when first responders arrived, and it appears that the fire started there, she said. Firefighters used two trucks to spray water onto the roof from all angles as they trie
Load More
Close ✕

Photo by Pixabay on Pexels 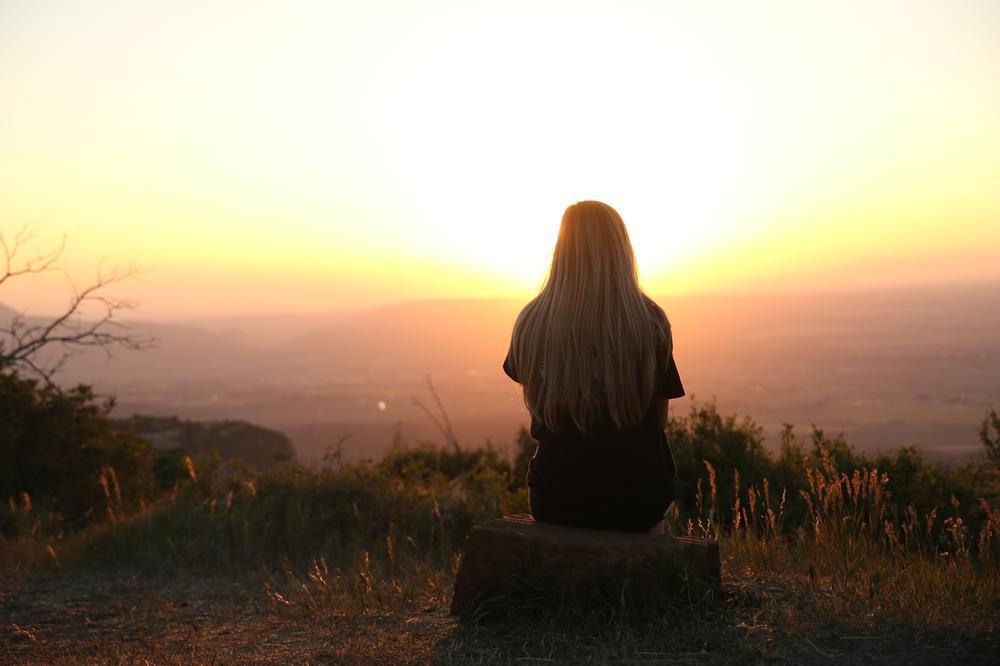 I am a freelance copywriter based in Manchester, UK. You can follow me on social media with the links below.